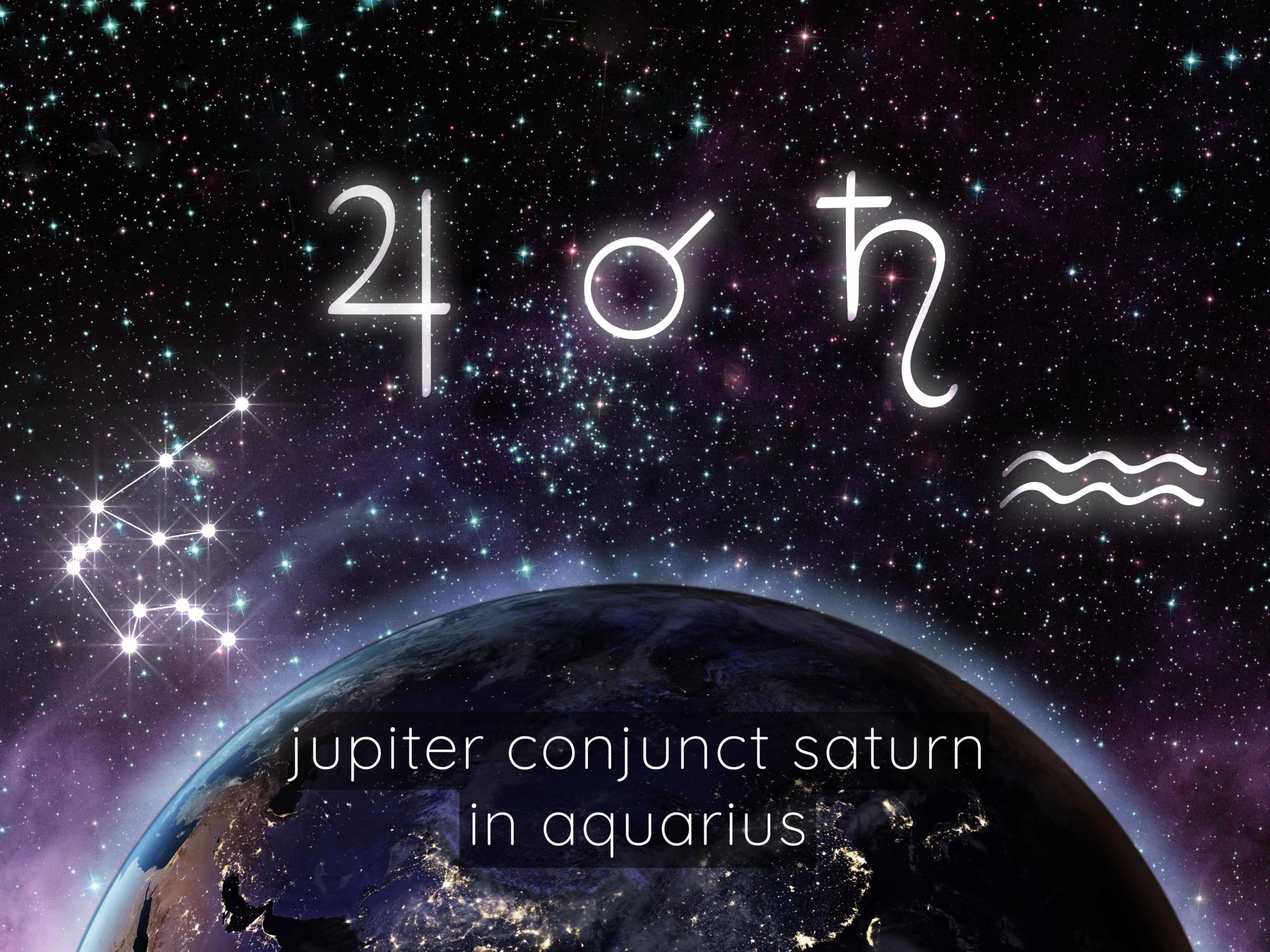 (copyrighted image made for DH by susy farmer)

we have a very profound alignment incoming this winter solstice. if you are a member on my website and listen to my solar gate calls you know that winter solstice is the point at which the sun starts a new journey through the wheel of the year. the sun is at the lowest point in the sky at noon and this marks the shortest day of the year. solstice literally means ‘sun stands still’ and at the winter solstice we move from the dark of the sun to the moment of pause where the sun stands still for 3 days and then rebirths itself- starting to ever so slowly ascend in the sky and makes its way to the longest day of Light at summer solstice.

many sons of God/Goddess are considered to born at the winter solstice or days after when the sun/son is officially reborn into the Light. jesus comes to mind but so does mithras, dionysus, horus, krishna and more. the mythological significance of the sun/son being reborn is profound and this year of 2020 we have a new jupiter/saturn cycle being seeded as well. ever year we have a winter solstice but only every 20 years do we have a new jupiter/saturn cycle being born. this particular jupiter/saturn conjunction is at 0’29 aquarius- the alpha degree of Aquarius- symbolizing the entry point into the new age. i researched all the conjunctions that my software would delineate for and the last time we had a conjunction in the first degrees of Aquarius was march 4th 1226 and that was at 2’58 Aquarius. this one is the closest to the alpha point (1st degree of the sign) symbolizing the birthing of the new age.

up until now we have had a vision, dream and idea of the Age of Aquarius. now it comes full term and is birthed out into the world. but as anyone who has given birth knows- right before the baby is born is the most intense part of the whole experience. consider this a metaphor for 2020 ;)

so this winter solstice we have a yearly cycle commencing, a 20 year cycle commencing and a new age that is part of a 26000 year cycle! it’s definitely one for the books! we also have jupiter and saturn very very very close to each other (6 arc minutes apart)- which we have not seen since 1623. when we see the conjunction in the evening sky both planets will be so close they will ALMOST look like one bright star. johannes kepler suggested that the star of bethlehem that heralded the birth of jesus was in fact a triple conjunction of mars, jupiter and saturn where all 3 came so close that they appeared to be one bright star in the sky.

this winter solstice is so incredibly powerful spiritually, mythologically and astrologically that my dear sister sianna sherman, dear brother masood ali khan and i have teamed up to offer a 3 day online winter solstice retreat to help you move through this solar, planetary and stellar gateway with consciousness and intention. our retreat includes astrology, yoga, sacred music, ritual and ceremony all in the container of sacred community. for more info click here- https://divineharmony.com/astrology-blog/midwifing-the-age-of-aquarius-an-online-winter-solstice-retreat-12-19-12-21/

with the two Great Teacher planets aligning in the first degree of aquarius we can see the birth and/or exaltation of the Great Teachers that will lead us into the new age. this is also an amazing time to access and anchor the Great Teacher within. in true aquarian fashion the qualities of humanity, tolerance, progressiveness and community are what we want to call in and embrace!

in the chart set for december 21st 2020 at 10:20am PST when the conjunction is exact we see jupiter and saturn conjunct pallas athena- an asteroid Goddess of Wisdom and politics. progressive political shifts are incoming. we need a new vision that moves beyond red and blue, republican and democrat, elephant and donkey. we need to move beyond duality- good and evil, right and wrong- and find a creative 3rd that comes when we sit with paradox without polarizing to one end or the other. i visualize this as a new political party arising that has violet purple as it’s color- a blending of red and blue ;) – and a new animal ideally one that has wings so we can rise above the mundane world and perspective and get Greater Vision. maybe a purple pegasus? (feel free to come up with your own visions)

in the chart jupiter and saturn aspect ALL THE PLANETS except for venus (if you include wider orbs venus can be seen as widely sextile)- this is one active and activated chart. everything in our galaxy is part of this line up! the ruler of the jupiter/saturn conjunction is uranus in taurus who is heading to mean black moon lilith. this is symbolic of a new awakening of the feminine principle, a revolution of embodiment, a change in our collective values and major earth changes/environmental shifts incoming. the other ruler is saturn himself- in aquarius which is one of the two signs he governs (the other is capricorn- where he just came from).

the star sparks degree for the 1st degree of aquarius is quite profound. it talks about a two headed calf and opposite points of view held in tension with each other. this is the call to be with paradox- not polarizing and choosing one over the other but to think both/and. this holding of the tension of the opposites without giving into one or the other is what creates the new synthesis. this conjunction of the Great Teachers at this first degree of aquarius brings “A vision (that) is held here of a world in the near future, where all sides are included, where the myriad aspects of existence are simultaneously upheld, honored, seen, appreciated, given their voice, their power, their spark of contribution and inclusion. Only when there is no further need to deny or negate, to judge or get rid of the shadow, the other side, the nagging question will the multi-dimensional vision be unveiled as simply commonsensical truth.” (read below for the full star sparks meditation)

Opposite points of view held in tension with each other for the sake of a new synthesis. Very intensive identification within both ends. Often, one voice is conscious and the other subconscious. When this is true, the polarity is fiercely contented underneath and hardly understood on the outside.

Being convinced that life, reality, existence is one way, and then being convinced on another level of an entirely divergent perspective. The overt identification may be with the point of view which is potentially correct, or acceptable in one’s immediate circle of allegiance. The hidden absorption may be with the perspective which would be judged to be traditional, old-fashioned, out of touch, far too naïve and unworldly.

Strife and conflict, internal and external. Playing out the opposites pervasively. Pulled hard into extreme positions. Wanting to be right. Facing what it is also to be wrong, to be off, to harbor that which makes the soul feel guilty or strange.
Beyond all this confusion lies a synthesis, which is being sought at every turn and eludes grasp until the different sides are exhausted. The third point of view is not just the reconciliation of opposing sides or coming to a reasonable point of resolution. It is far more compelling than that.

A vision is held here of a world in the near future, where all sides are included, where the myriad aspects of existence are simultaneously upheld, honored, seen, appreciated, given their voice, their power, their spark of contribution and inclusion. Only when there is no further need to deny or negate, to judge or get rid of the shadow, the other side, the nagging question will the multi-dimensional vision be unveiled as simply commonsensical truth.

we are fast approaching the biggest astrological event of 2022- uranus conjunct the north node of destiny- exact on july 26th (mean node) and july...

“the older i get, the more i see how women are described as having gone mad- when what they’ve actually become is knowledgable, and powerful and...

there are many things to pay attention to in the news these days- but one thing getting a ton of attention is the libel case between johnny depp and...